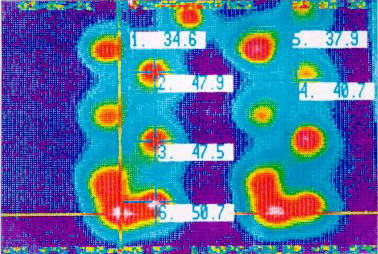 The operating temperature of a module is determined by the equilibrium between the heat produced by the PV module, the heat lost to the environment and the ambient operating temperature. The heat produced by the module depends on the irradiance, the operating point of the module, the optical properties of the module and solar cells, and the packing density of the solar cells in the PV module. The heat lost to the environment can proceed via one of three mechanisms; conduction, convection, and radiation. These loss mechanisms depend on the thermal resistance of the module materials, the emissive properties of the PV module, and the ambient conditions (particularly wind speed) in which the module is mounted. These factors are discussed in the following pages.