The sun is a hot sphere of gas whose internal temperatures reach over 20 million kelvin due to nuclear fusion reactions at the sun's core which convert hydrogen to helium. The radiation from the inner core is not visible since it is strongly absorbed by a layer of hydrogen atoms closer to the sun's surface. Heat is transferred through this layer by convection1. 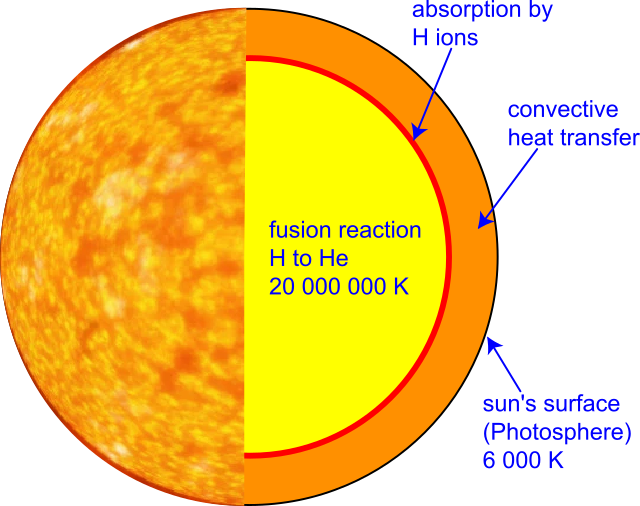 The surface of the sun, called the photosphere, is at a temperature of about 6000K and closely approximates a blackbody (see graph). For simplicity, the 6000 K spectrum is commonly used in detailed balance calculations but temperatures of 5762 ± 50 K 2 and 5730 ± 90 K3 have also been proposed as a more accurate fit to the sun's spectrum. Astronomers use 5778 K when classifying the sun as a star. For consistency in this site we use the approximation of 5800 K. Current image of the sun (updated every few hours) from SOHO.