Despite the fact that the Earth revolves around the sun, it is simpler to think of the sun revolving around a stationary Earth. This requires a coordinate transformation. Under this alternative coordinate system, the sun moves around the Earth.

The declination angle can be calculated by the equation 1:

In radians, δ ≈ sin δ, for small values of δ so the derivation reduces to the equation given in the previous section:

The difference between the two equations is very small (< 0.3°), whereas the error to the true declination (e.g. the PSA algorithm below) is up to 1°. Thus the simpler equation is preferred since it is equally accurate.

are also often used in the literature. They are referred to the equinoxes instead so use sin instead of cos.

Finally, there are many algorithms for more accurate determinations of declination angle to account for the elliptic and yearly movement of the earth's orbit. These are only needed for concentrators that require more accurate tracking of the sun.

dElapsedJulian days is the number of days since January 1, 2000 and dDeclination is the resulting declination.

The various ways of calculating the declination angle are graphed below using declination.py python code. 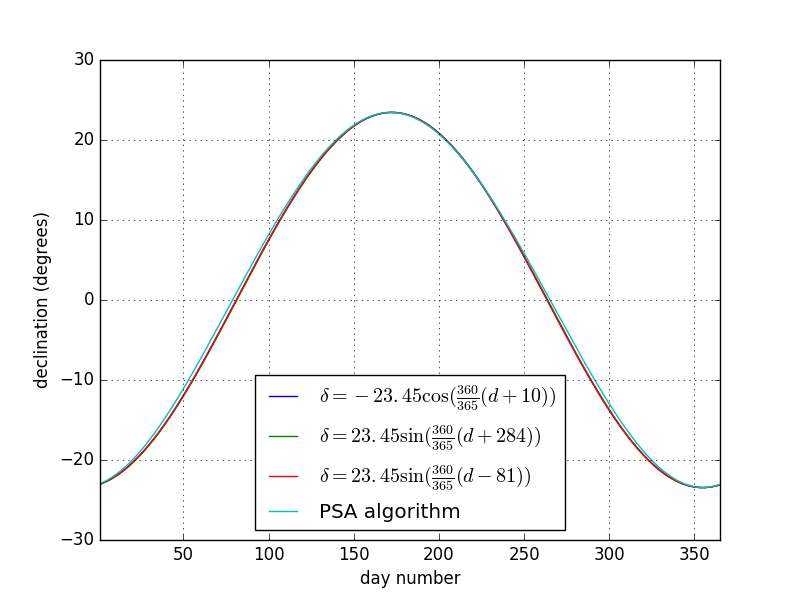