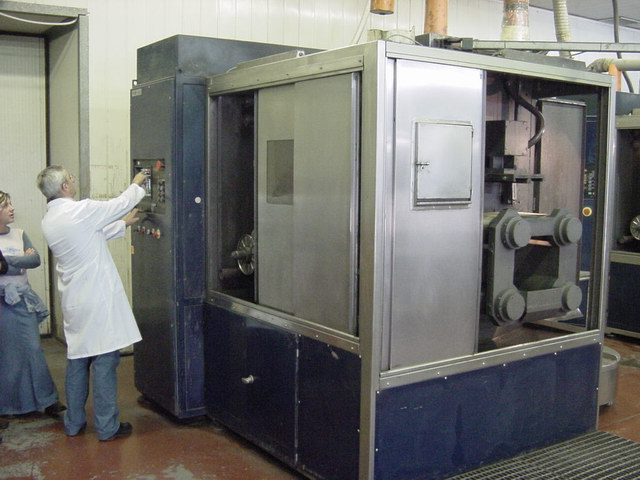 A large industrial wire saw. The wire sawing is done on the right hand side but the bricks are not loaded yet. The left hand side holds the wire and the control circuitry. 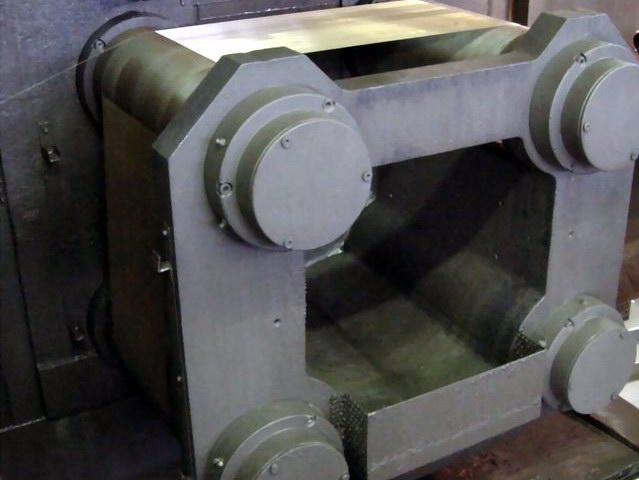 Close up of the wires. The wires are covered with slurry and are wound around the drums. When running the drums spin at high speed and the silicon bricks are pushed down from the top. Move the mouse over the picture for a closer view. The feed wire is just visible coming in the top left of the spool. 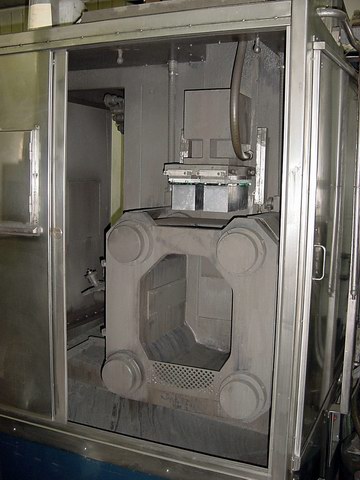 Close up of the wire saw with the bricks loaded and ready to go.