The process of growing large silicon ingots and then slicing them up into wafers continues to dominate the photovoltaic market. However there are many other processes that try to grow wafers from the outset and so avoiding the cutting process.

The edge defined film fed growth technique uses a die to define thickness of a sheet of silicon as shown in the figure below. Careful adjustment of the temperature profile of the graphite die causes the sheets of silicon to crystallize with large grains. 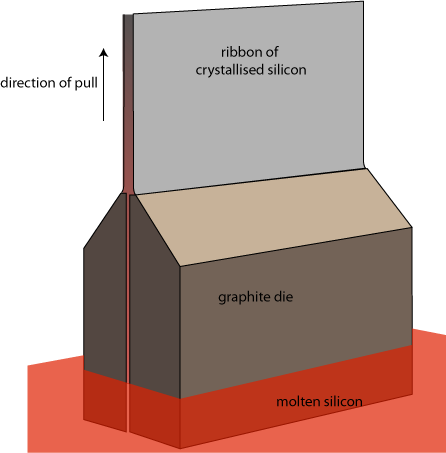 In EFG the growth is defined by the gap between two graphite dies.

The simplest implementation of the technique produces a large cylinder of material. Traditionally these cylinders were large polygons but recent experiments have included the use of large cylinders. The large cylinders produce curved material that is then flattened out during the cell stringing and encapsulation process. 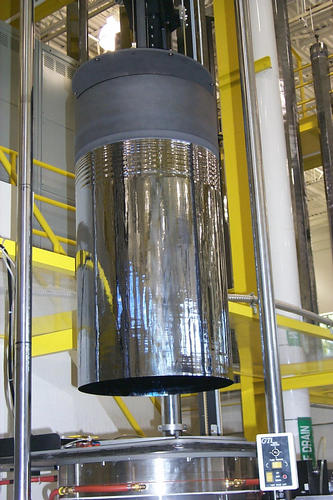 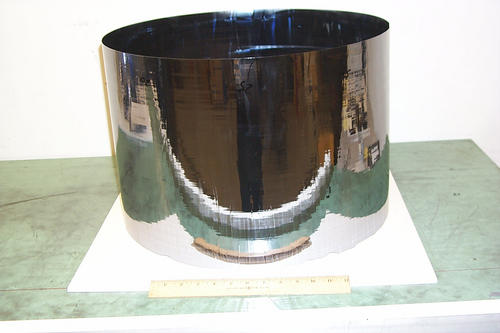