A Lambertian back reflector is a special type of rear reflector which randomizes the direction of the reflected light. High reflection off the rear cell surface reduces absorption in the rear cell contacts or transmission from the rear, allowing the light to bounce back into the cell for possible absorption. Randomising the direction of light allows much of the reflected light to be totally internally reflected. Light reaching the top surface at an angle greater than the critical angle for total internal reflection is reflected again towards the back surface. Light absorption can be dramatically increased in this way, since the pathlength of the incident light can be enhanced by a factor up to 4n2 where n is the index of refraction for the semiconductor 1. This allows an optical path length of approximately 50 times the physical devices thickness and thus is an effective light trapping scheme. A Lambertian rear surface is illustrated in the figure below. 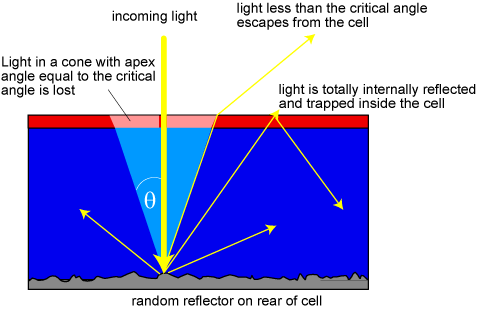 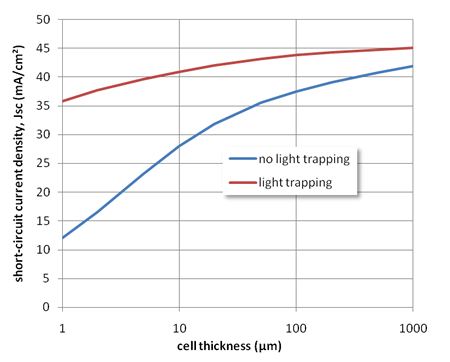