Voltage Losses due to Recombination

The net effect of previous trade-offs is shown in the graphs below. 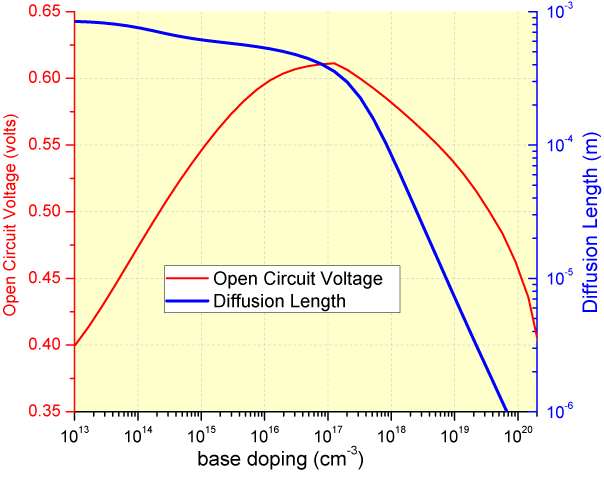