The most common method to precisely measure the thickness of anti-reflection coatings is using ellipsometry which looks at the way polarized light is reflected.

A simple method to measure anti-reflection coating is by simply looking at the film colour.1 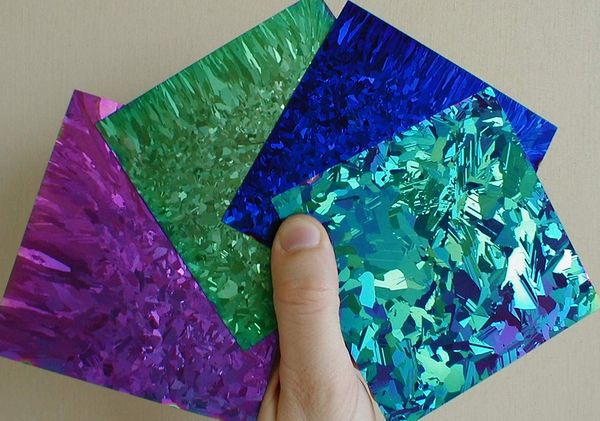 Four multicrystalline wafers covered with films of silicon nitride. The difference in color is solely due to the thickness of the film. The green wafers are very thick films and so don't appear in the color chart of the next figure.

The color of the film is affected by the thickness as well as the refractive index so the film color is merely a rough guide to thickness. There are multiple tables for determining the films thickness for films of silicon dioxide or silicon nitride such as those shown below. It is common to fabricate film standards so that variations in process conditions can be quickly detected by comparing samples to the standard.

Color of silicon nitride films with a refractive index of ~2.05 as a function of film thickness under fluorescent lighting for normal incident light. The chart is merely a guide as the color of films on films in commercial production will be affected by texturing and changes in the refractive index. (Plot generated using applet at BYU)