Electroluminescence relies on the same principle as a light emitting diode (LED). Current is fed into a solar cell (essentially a large diode) and radiative recombination of carriers causes light emission. As an indirect bandgap semiconductor, most of the recombination in silicon occurs via defects or Auger recombination. The amount of band-to-band recombination producing radiative emission is relatively low. However, there is a small amount of radiative recombination that happens even in silicon and this signal can be sensed using an external detector. The technique requires electrical contact and so can only be used once the metallization has been applied and the cell is substantially complete. Electroluminsecence provides a wealth of data about the area related uniformity of solar cells and modules. It is non destructive and relatively fast with measurement times of 1 s possible. 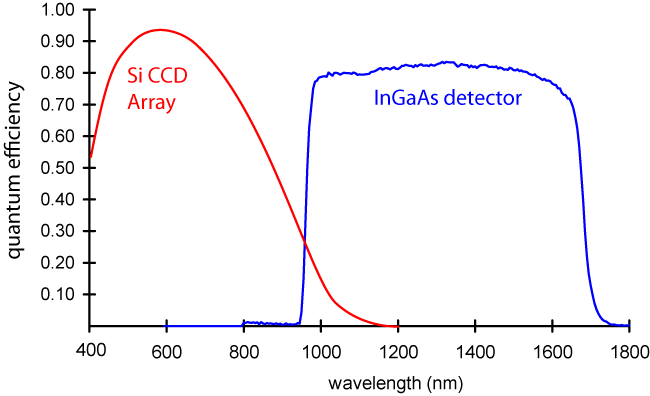 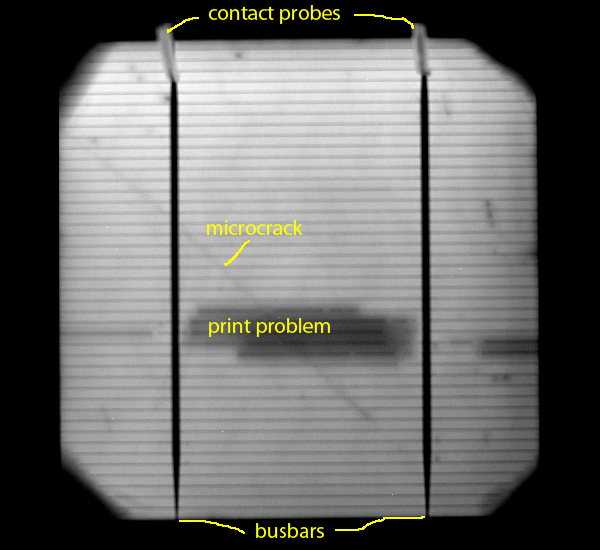